Peking University students and alumni are spread all across the world. PKU Personalities interview series is a part of our determination to keep Pekingers connected in this time of global isolation. This series of interview aims to introduce notable Pekingers dedicated to international dialogue and cross-cultural communications to the rest of our PKU family and the world. 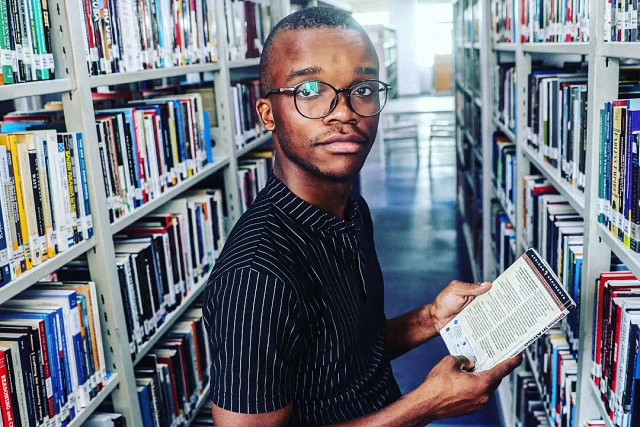 Joseph Oliver Mendo'o, a Ph.D. Candidate from Peking University School of International Studies, is one of the first Cameroonian in PKU pursuing his Ph.D degree (taught in Chinese). Joseph completed his Master degree at PKU School of International Studies from 2016-2018 and was offered a Ph.D candidature to further his research in his area of interest. Currently, his research focuses on China-Africa (central and west) relations and the regional integration. 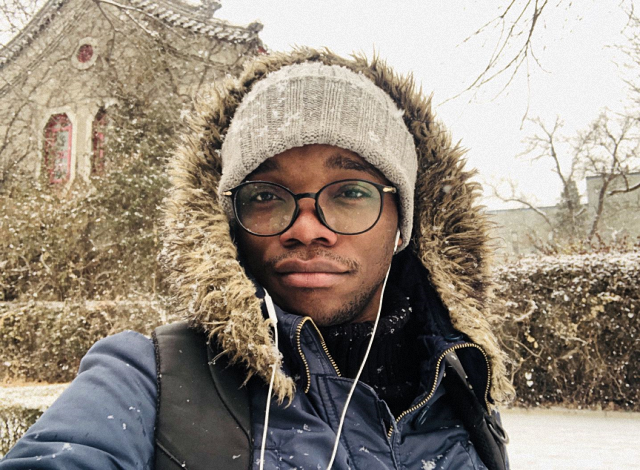 One thing that not many people know about Joseph is that he is a true language geek, as he describes his journey of language learning to be an endless and intriguing one. "More often than not people learn 4-5 languages and they are pretty much satisfied with it so they stop there; but for me, it is an endless journey. As long as I have the capacity to learn, I will always continue." At this present moment, Joseph is fluent in 9 languages, and there are still a couple of them which he's actively doing self-learning on.

From Cameroon to PKU

Joseph had just returned to Cameroon from Germany back in 2014, when he started noticing some Chinese projects in Cameroon. With his ever-inquisitive mind for language and cultures, accompanied with the increasing Chinese presence in the region, Joseph quickly enrolled into a Chinese Language Program at the Confucius Institute. Nonetheless, Joseph was still less aware about China. It wasn't until 2015 when Wang Yi, Foreign Minister of China, paid a visit to Cameroon and in particular, the Confucius Institute that Joseph was enrolled in, that he started learning about the various universities in China. In fact, Wang Yi was the first person to introduce "Beida 北大" (Peking University) to Joseph in a brief 5-minute conversation. "This is the most admirable memory which I would never forget". China was the first country in Asia for Joseph and it was a lot different than what he had expected. It didn't take him too long to realize the difference in learning and speaking Chinese in the institute back in Cameroon and in Beijing. Naturally, "what you learn from a language institute is still different from using it on a daily basis, and especially coupled with the various jargons in your academics, it makes it even more challenging." Like most international students in China, Joseph took time to adjust to the lifestyle, food and weather in Beijing. However, with increasing fluency in mandarin, Joseph was able to gradually get used to the life and cultures here in Beijing. For this aspect, Joseph believes that being able to speak Mandarin fluently has ever since been an important asset or rather "the key to everything here".

Joseph describes his overall experience at PKU as "rich" and "interesting". PKU has always prompted Joseph to expose himself to new perspectives and ideas which he describes as "emptying his 'cup' to allow space for new debates and discussions", metaphorically referring to how coming to China with an open mind is ever important. This curiosity and passion to learn about a new culture sets a great growth mindset in him "When in Rome, do as the Romans do". Joseph quickly learnt the Chinese way of entertainment, study and work. He picked up the Werewolf game (狼人杀)，Tabletop games (桌游) and soon couldn't say no to KTV with his fellow Chinese friends. This not only helped him learn and understand more deeply into the Chinese culture, but at the same time helped Joseph adapt swiftly to this new lifestyle. Joseph was delighted and thankful for the mutual exchanges with his fellow mates through various gatherings, where he was able to share his culture and experiences with his Chinese and other foreign friends as well. Till today, Joseph still maintains a very close relationship with his former classmates, who are now working in various cities and organizations. 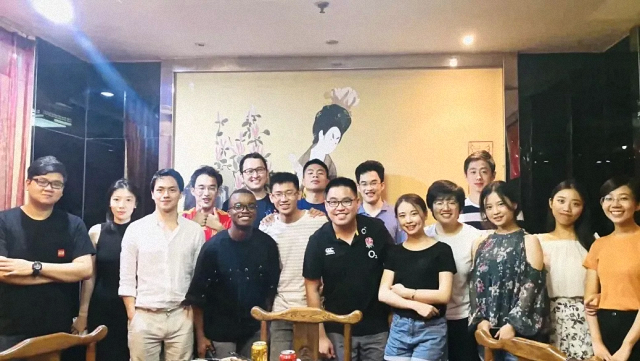 End of semester gathering with friends

Joseph believes that coming to China has really helped him rediscover himself. However, what drives him is the motivation to contribute to his community and more specifically, to bring down the clichés and change China's perspective on Africa, and vice versa.

Being the first Cameroonian studying Ph.D. in Chinese-medium at Peking University, Joseph believes that "language is the culture in itself". Studying a subject in Chinese means wearing the "Chinese glasses" to observe China through the local "Chinese lenses". Despite having basic knowledge on international relations back then, having the "Chinese lenses" provided him a brand new tool to make better judgments. This has not only enhanced his perspectives on various issues about international politics and relations, but at the same time, Joseph was able to better understand and provide a Chinese point of view to the respective discussion topics. 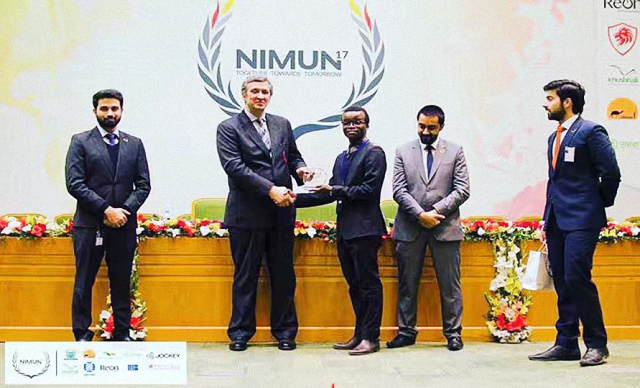 Joseph believes that being in China physically and studying international relations in Mandarin have made his learning and understanding for international politics much more relevant. With the opportunities provided by Peking University, Joseph was able to represent not only Peking University but also Africa in many national and international platforms. During his annual trip back to Cameroon, Joseph proactively made effort to attend various youth forums to share his studies and experience in China and exchange views with scholars from different backgrounds. Joseph hopes to see more Cameroonian students studying in China and with anticipation, as his potential junior at Peking University. 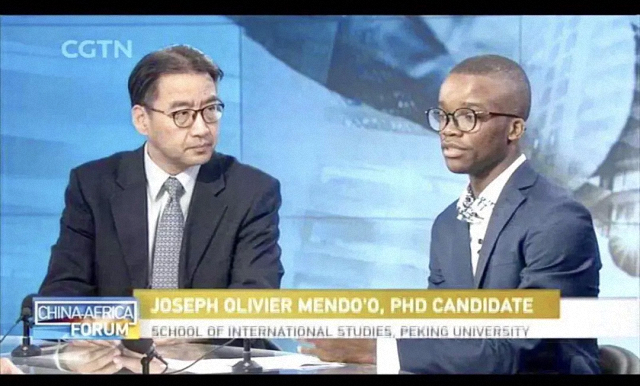 From master to Ph.D at Peking University, Joseph acknowledges the holistic education and social experience here at PKU the catalyst for encouraging him to always work harder and aim higher. With his knowledge on Sino-Africa relations and his aim to bridge states and culture, Joseph is building himself to become a diplomat and sees himself working in the United Nations, African Union or any African regional organizations after graduation. 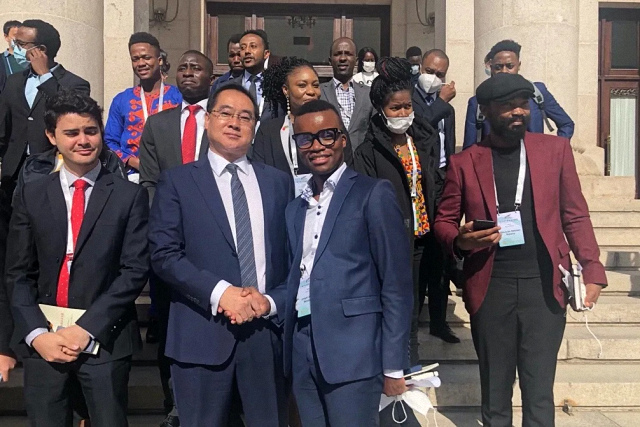 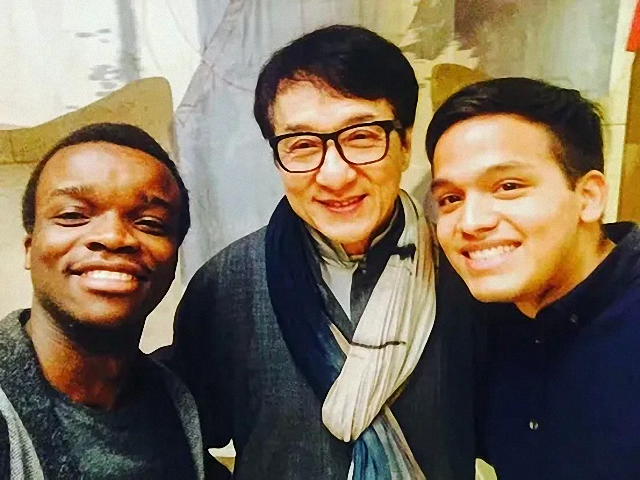 Bringing down the stereotypes in Sino-Africa relations with Chinese youth 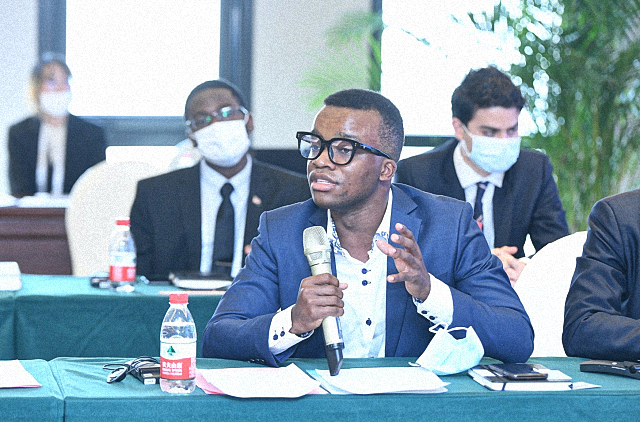